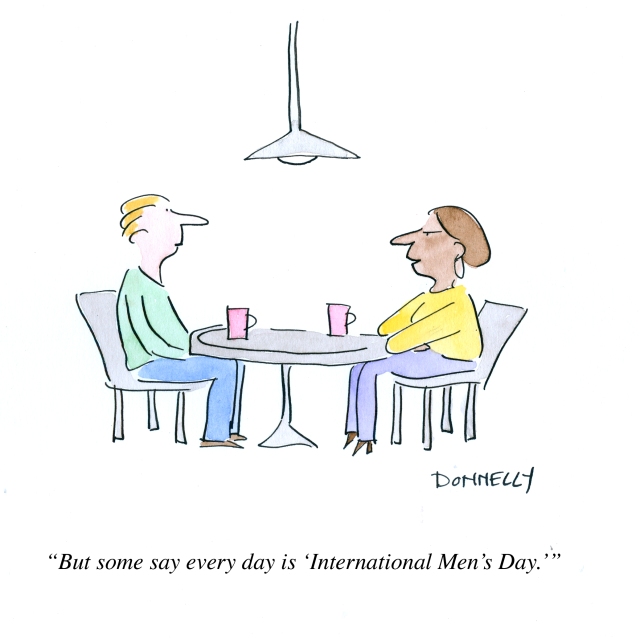 Alright, so what’s the deal with International Women’s Day? I was invited to a large gathering today to recognize this day, and I wanted to know more about its origins. Of course I was aware of it, but wanted to be clear in my mind about the why of this day. My personal feeling is that anytime we as a world bring attention to the horrible conditions of anyone, any group, it’s a good thing.  Women are half the population, are second class citizens in most of the world, and violence towards women is horrendous.

IWD been around a long time, something I did not know. The idea started in the early 1900’s by the American Socialist Party, with National Women’s Day. Here is more from the official website:

In “1910 [an] International Conference of Working Women was held in Copenhagen. A woman named a Clara Zetkin (Leader of the ‘Women’s Office’ for the Social Democratic Party in Germany)… proposed that every year in every country there should be a celebration on the same day – a Women’s Day – to press for their demands. The conference of over 100 women from 17 countries, representing unions, socialist parties, working women’s clubs, and including the first three women elected to the Finnish parliament, greeted Zetkin’s suggestion with unanimous approval and thus International Women’s Day was the result. Following the decision agreed at Copenhagen in 1911, International Women’s Day (IWD) was honoured the first time in Austria, Denmark, Germany and Switzerland on 19 March. More than one million women and men attended IWD rallies campaigning for women’s rights to work, vote, be trained, to hold public office and end discrimination. IWD is now an official holiday in Afghanistan, Armenia, Azerbaijan, Belarus, Burkina Faso, Cambodia, China (for women only), Cuba, Georgia, Guinea-Bissau, Eritrea, Kazakhstan, Kyrgyzstan, Laos, Madagascar (for women only), Moldova, Mongolia, Montenegro, Nepal (for women only), Russia, Tajikistan, Turkmenistan, Uganda, Ukraine, Uzbekistan, Vietnam and Zambia. The tradition sees men honouring their mothers, wives, girlfriends, colleagues, etc with flowers and small gifts. In some countries IWD has the equivalent status of Mother’s Day where children give small presents to their mothers and grandmothers.”

So, I am going to participate in the gathering today to recognize IWD. Normally, I’m not one to go to such things, I prefer to do what I can through my cartoons and by donating  drawings. Speaking out–about any group in need–is important, in any way we can, even if it is a small gesture such as a local march.  I love feeling connected to the world, knowing that there may be men and women doing the same thing in recognition of IWD across the globe.

“For every place where women’s lives have improved, there are still too many where there has not been that progress….women’s rights are human rights.”  Hillary Clinton

Cartoonist and writer and live drawer for The New Yorker, CBS News. Speaker for TED and others. Books: Women On Men, http://www.narrativemagazine.com/store/book/women-men
View all posts by Liza Donnelly →
This entry was posted in Random but Relevant and tagged cartoons, global, Hillary Clinton, International Womens Day, march, women, Women's rights. Bookmark the permalink.

1 Response to Why International Women’s Day?