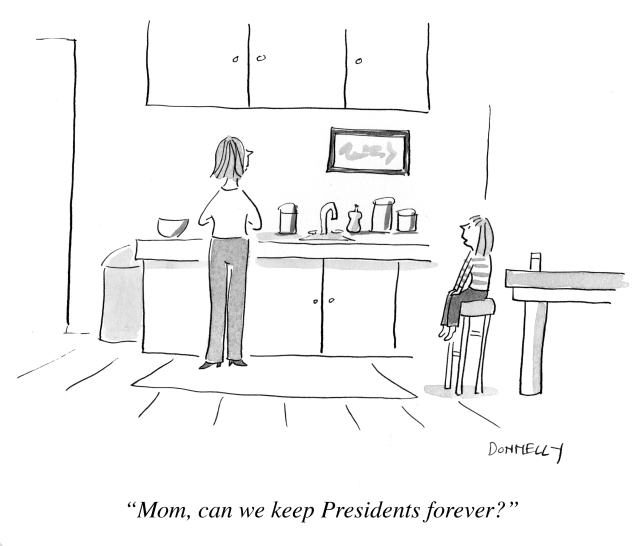 Wouldn’t it be nice, this time around?  Just look at the alternatives for a second. Newt’s imploding, Palin’s teasing and making stuff up, Romney’s still so tidy, and I forget who the others are.  And look at what President Obama has accomplished, particularly given what he was dealt. Let’s take a page from the playbook of New York City’s major, Michael Bloomberg, and just automatically give our President another term. I think the world would understand and welcome it, they know at heart we are a democracy. Then, we can let Michelle take over. Who knows, maybe by that time, Sasha or Malia will be old enough to step up to the plate.

After that, we can return to the arduous circus of electing someone. It’s just so much fun.

1 Response to The Obama Dynasty