Palin in The WIngs, or What’s That Noise? 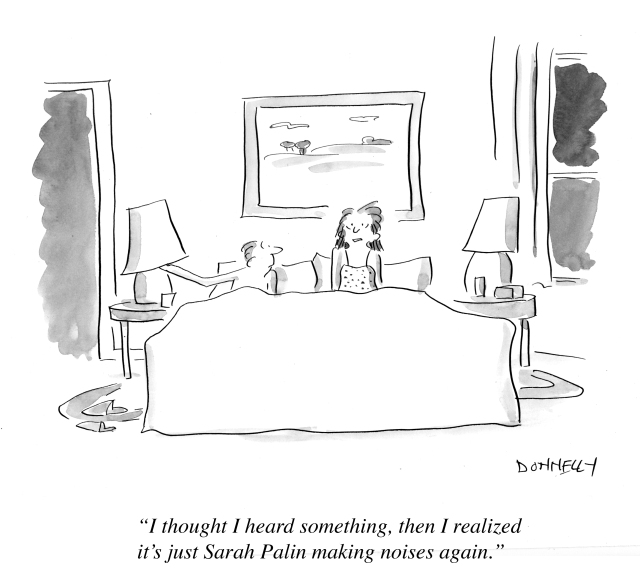 I drew the above cartoon about two weeks ago. Palin had been silent for months while the GOP hashed it out, and then suddenly she started talking to the press again. Everyone wondered “will she or won’t she?”  Now I think that concern has faded a bit and Palin is offering her two cents in dribs and drabs. Is she positioning herself to be chosen as VP again? Testing the water for an independent run?  By unofficially endorsing Newt in South Carolina, and saying “…I want this to continue” (ABC), it could even sound like she hopes they all strangle each other. Then she will step into rescue the GOP.

That would be excellent for humorists. Perhaps even good for Obama, but I have learned never to relax when it comes to politics. Anything could happen–we elected Bush Junior and Richard Nixon, didn’t we?

5 Responses to Palin in The WIngs, or What’s That Noise?