The War on Women 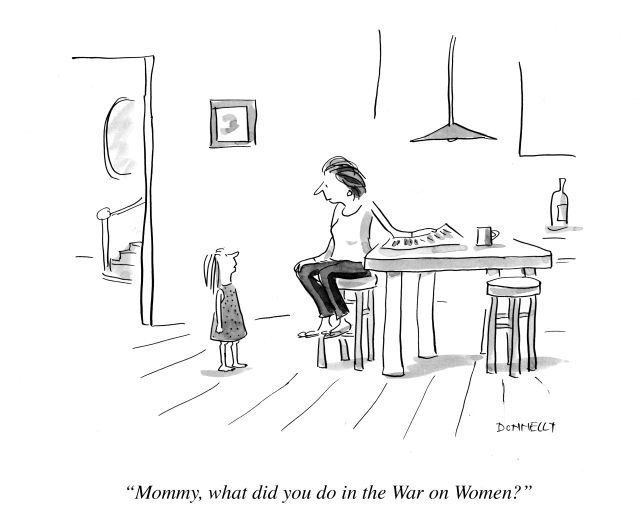 Last week was quite a week for the issue of women in the race for the President. It inspired me to draw the cartoon above.

Whether you want to call it a War on Women or not, the GOP is doing a lot to try to take away rights for women.  When I drew this cartoon, I actually had in mind that the little girl was asking her mother about whether or not she acted to fight against this war on women. But I see now it could be interpreted either way. No matter. Children hear the word war and interpret it any way they can.  It’s just sad we have to have such a word.

Cartoonist and writer and live drawer for The New Yorker, CBS News. Speaker for TED and others. Books: Women On Men, http://www.narrativemagazine.com/store/book/women-men
View all posts by Liza Donnelly →
This entry was posted in News, Random but Relevant and tagged GOP, Mitt Romney, Republican, United States, women, Women's rights. Bookmark the permalink.

8 Responses to The War on Women