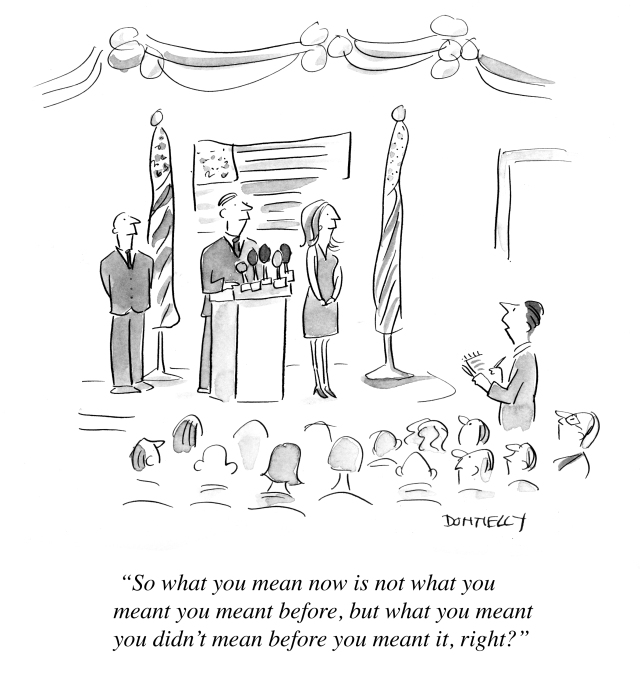 Mitt Romney is doing everything he can to confuse us.  He says what he thinks we want to hear, gives us half truths, makes stuff up, denies the past, laughs accusations off.  In my piece for Forbes.com, I write about how I think Mitt makes me think of the Mad Men, and wants to take us back to the 1960’s in his policy. He even reminds me of the character Don Draper (played by Jon Hamm)  in looks as well as in the fact that Mitt, like Don,  may not be who he says he is.  That’s not a good quality in a president.

Cartoonist and writer and live drawer for The New Yorker, CBS News. Speaker for TED and others. Books: Women On Men, http://www.narrativemagazine.com/store/book/women-men
View all posts by Liza Donnelly →
This entry was posted in Uncategorized and tagged Barack Obama, Don Draper, Mitt, MittRomney, Politics, President. Bookmark the permalink.