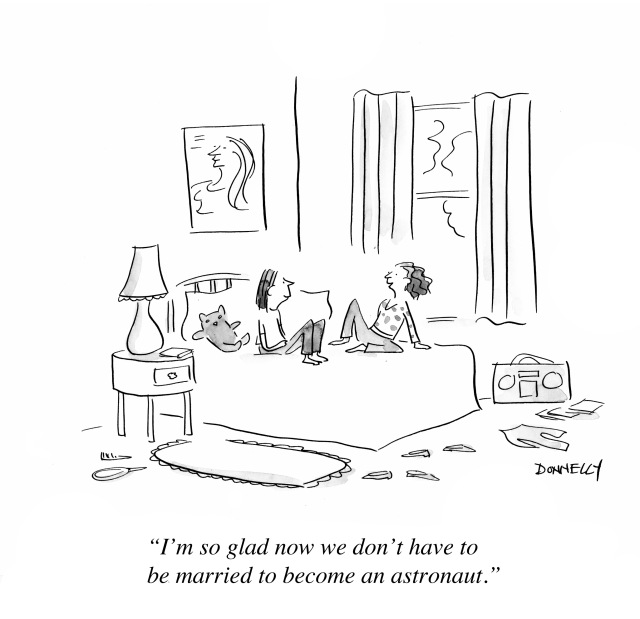 While I don’t follow the space program (or what’s left of it), I was aware of Sally Ride. As the first woman to travel in space for the US , she was a ground breaker.  It was sad to hear that she died last week, and at such a young age. In one of the obits I heard on the radio, they mentioned that she was survived by her partner. I didn’t think much of that,  just a mental note that she was gay–not really important to know.  But since I heard that obit, I have discovered that it was indeed news, that Sally Ride had not been open about her sexuality.    Had NASA known she was gay when she applied to be an astronaut, would she have been admitted?  We will never know, but what I believe is that in today’s world, it would be fine, and men and women will not be discriminated against in the Space Program.  This is progress.

Cartoonist and writer and live drawer for The New Yorker, CBS News. Speaker for TED and others. Books: Women On Men, http://www.narrativemagazine.com/store/book/women-men
View all posts by Liza Donnelly →
This entry was posted in Uncategorized and tagged Astronaut, NASA, Sally Ride. Bookmark the permalink.