Michelle Could Make a Great President

Posted on September 6, 2012 by Liza Donnelly 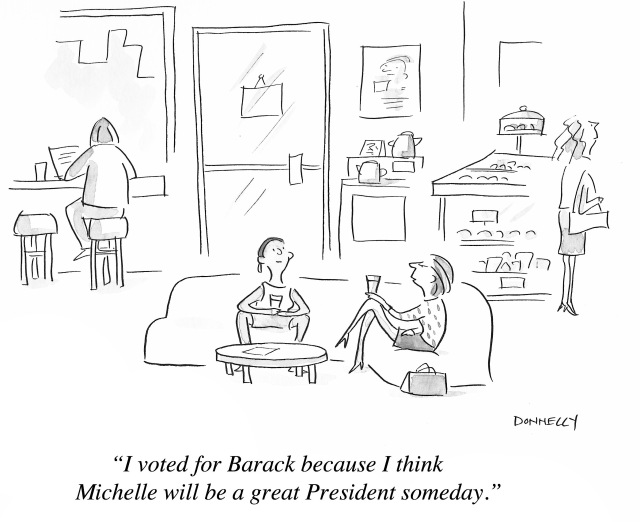 I drew this cartoon four years ago, not long after Hillary lost the Democratic nomination for president. There were a lot of Democratic voters who were disappointed, but happy to vote for Obama. Maybe his wife Michelle made it an easier pill to swallow–who knows. Michelle’s speech this week at the democratic National Convention showed us again her brilliance, generosity, humor and devotion. And her great arms.