A Rather BIG Bounce From Mitt’s Arrogance 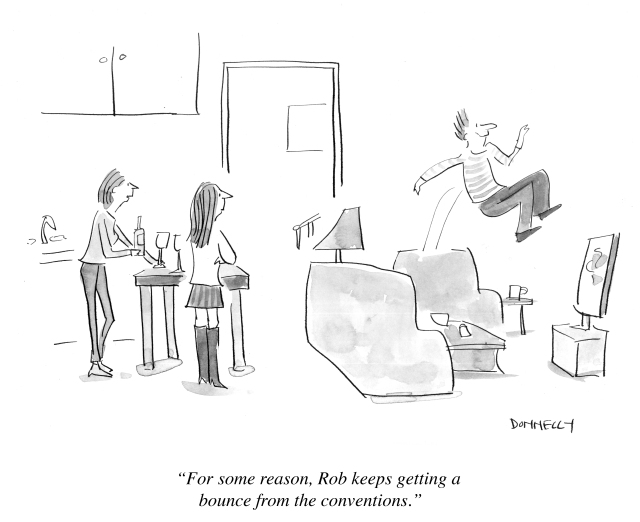 I drew this last week, after it became clear that the bounce President Obama was getting from the convention was real and here to stay. Now, however, Obama is going to get a sizable bounce from something Mitt said. In a video secretly taped at a small fundraiser for wealthy donors, Mitt talks about how he thinks that nearly half of the population is lacking self worth and are totally and happily dependent on the government, and that he (Mitt) could never convince them to care for their lives. See the more extensive video and read the full story here.  Mitt has tried to explain his way out of this, but so far has not been able to.  And I don’t see how he can. This guy in the cartoon is going to bounce out of the house.

Cartoonist and writer and live drawer for The New Yorker, CBS News. Speaker for TED and others. Books: Women On Men, http://www.narrativemagazine.com/store/book/women-men
View all posts by Liza Donnelly →
This entry was posted in Random but Relevant and tagged Barack Obama, Mitt Romney, President, presidential race 2012, Republican. Bookmark the permalink.