Last night, I was very happy to be at a gathering of New Yorker cartoonists. We convened  at a bar in New York City to enjoy each others’ company and toast the holiday season.  Over the years, there has always been a holiday party of some sort hosted by The New Yorker— from the simple art department mid-day treats during the 70’s and 80’s, to the lavish parties of the Tina Brown days in the 90’s, and then more recently the more demure office-style parties hosted by David Remnick. But this year, the small party (that we heard about) did not extend to those of us who do not work in the office. So we created our own festivities!  Last week, cartoonist Cory Pandolph and I were chatting on twitter about the sad state of affairs this year, party-wise, and he went out and found a bar that would have us all for a few hours. It was terrific.  I took a few photos which by no means represented everyone who came (I am not a photographer. I’m a cartoonist). Here is a list of the funny people who came: Michael Maslin, Joe Dator, David Borchart, Liam Walsh, Andy Friedman, Liza Donnelly, Robert Leighton, Bob Esmay, Emily Flake, Drew Dernavich, Farley Katz, John O’Brien, Avi Steinberg, Barbara Smaller, Felipe Galindo, David Sipress, Bob Eckstein, Eric Lewis, Ward Sutton, Christopher Weyant, Ben Schwartz, and Karen Sneider. 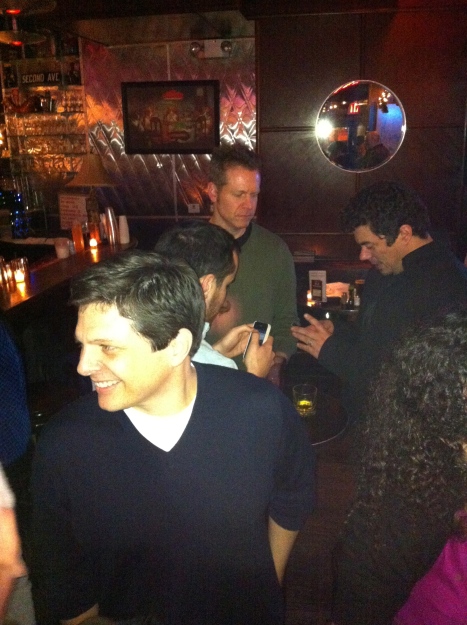 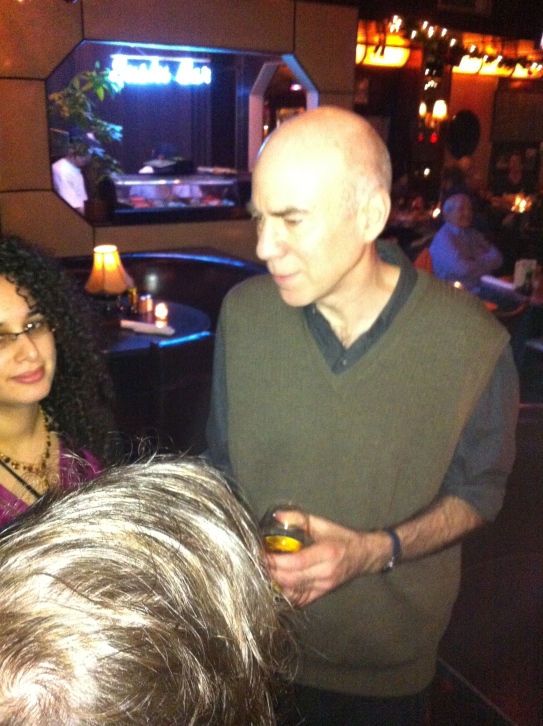 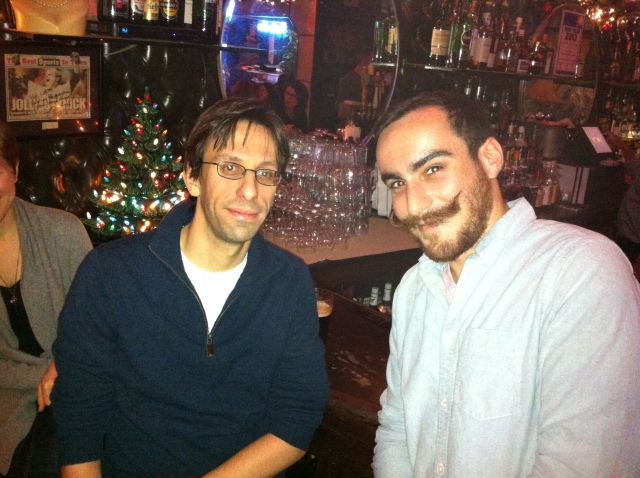 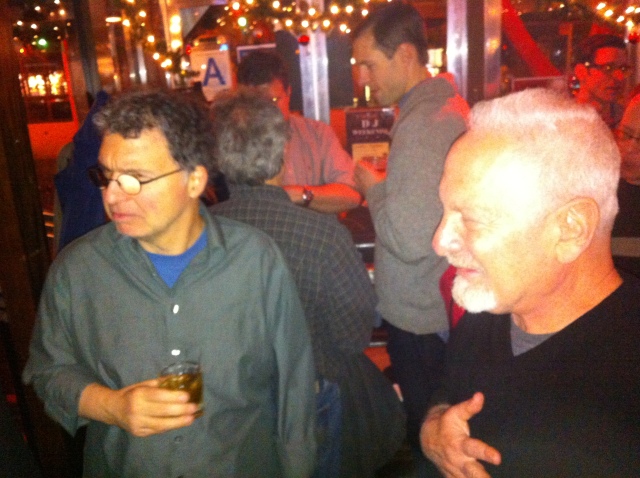 Cartoonist and writer and live drawer for The New Yorker, CBS News. Speaker for TED and others. Books: Women On Men, http://www.narrativemagazine.com/store/book/women-men
View all posts by Liza Donnelly →
This entry was posted in Random but Relevant and tagged cartoonists, cartoons, Liza Donnelly, New York City, New Yorker. Bookmark the permalink.